How Many Goals Has Karim Benzema Scored In His Career? We review the career of one of the most successful French footballers to have played for Real Madrid. The forward adds statistics in terms of goals and assists available to very few players

Karim Benzema is the main football argument of Real Madrid today and Karim Benzema’s goals are on everyone’s lips. In 2021, that’s not news and is seen as a normal thing, something to stand out in the extraordinary career that has built-in Gallic Real Madrid CF. However, this was not always the case.

During the time when Real Madrid depended on Cristiano Ronaldo to score goals, Karim Benzema was strongly criticized for being a goalless player despite always being pushed away from his natural position and not having as many opportunities in front of goal for always looking that millimeter pass for Cristiano.

Since the departure of Ronaldo, Benzema assumed the weight of the forward and today he is one of the best players in the world. For this reason, in this article, we will review his entire career and highlight his statistics from his debut in 2004 with Olympique Lyonnais to his excellent top scorer for the France team and for Real Madrid.

How Many Goals Has Karim Benzema Scored in his Career? (Total Career Analysis)

Karim Benzema has become one of the best scorers of all time, and his figures both in Real Madrid and in the history books already place him as one of the best players of this century at a professional level.

At 33 years of age, the Frenchman already has 389 goals, with spectacular merit as he is a player who has rarely played in his natural position as a pure center forward but rather acts as a “10” capable of dragging marks, generate game, and distribute the ball without losing its killer qualities.

Thanks to his contribution, which tends to go beyond simple goals, we will also highlight the creative section of Karim Benzema (assists) when talking about his statistics for this season.

The 2020/2021 season Karim Benzema was really good. Although it did not serve to win any title, it can never be said that it was due to lack of goals from its top star, but because of other shortcomings and problems that could not compensate for the good bag of goals that Benzema was in charge of scoring in which the Zinedine Zidane’s last season at the helm of Real Madrid. 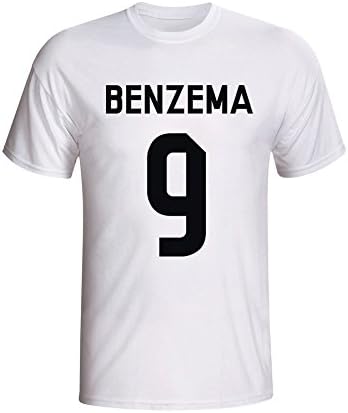 In 2009, everyone was hearing about that talented French player who was standing out at Olympique de Lyon and who was already interested in the biggest teams in the world. At the time, it was even heard of an alleged interest from FC Barcelona in recruiting Benzema.

However, for the 2009/2010 season, Real Madrid made an unprecedented financial effort, and in the same transfer market it brought in players such as Cristiano Ronaldo, Ricardo KakÃ¡, Xabi Alonso, Arbeloa, Granero, Albiol and, finally, to Karim Benzema for a price close to 35.00 million euros.

Since his arrival to the present, Karim has gone from being a player with few spots to be the best player in the club. Not in vain, he is already among the top scorers in the history of Real Madrid and is the star and reference of the White House today.

The Karim Benzema of Olympique de Lyon was a Karim Benzema that has nothing to do with the current one. At the time, OL had a young forward who managed to excel both locally and in the UEFA Champions League, sparking the interest of the best clubs in the world at the start of the 2008/2009 season.

From the beginning, it was seen that Benzema was a different player, killer, hungry for a goal and with the ability to look for spaces and therefore, in the 2004/2005 season he had his first opportunity to debut with the first team, despite still being part of the Olympique de Lyon U19.

Goals of Benzema With The Selection Of France:

Karim Benzema’s career in the France team has been turbulent, short, complicated and controversial. His official debut with the senior team took place in March 2007, in a friendly match against Austria in which “El Gato” scored the only winning goal 1-0. At that time, Benzema was a young man of only 19 years, 3 months and 9 days.

Little by little he became a regular but after his signing for Real Madrid, things went a little more twisted. With the Gauls he played Euro 2008 and most of the qualifying rounds to South Africa, but was left out of the World Cup due to lack of continuity in his beginnings in Madrid.

Later, and thanks to his level up, he was indispensable in Euro 2012 and the 2014 World Cup but in 2015 he began his nightmare. After an extortion problem that we will not delve into here, Benzema was marginalized from the calls. Recently, it has returned and everything seems to indicate that it will be a key piece of France in the coming years.

Benzema Goals Benzema With The Youth Categories of France:

Benzema quickly climbed through the lower ranks of the France team. Not in vain, he was called to be a regular player of the senior team with only 19 years. For this reason, going back and forth between the lower categories, Benzema added a total of 35 games in youth France.

Other Goal Scoring Records And Data:

How Many Goals Have Benzema Scored From A Foul?

Karim Benzema is not a player who has many opportunities to collect direct free kicks for their respective teams. Therefore, it is not surprising that his statistics at the level of free-kick goals are so low, being summarized in only two goals by this means during his entire long career.

Both goals occurred in the 2007/2008 season, one of the seasons in which he stood out the most at Olympique de Lyon. The first of them occurred on matchday 23 against Saint-Ã‰tienne and the second of them on matchday 35 against SM Caen.

How Many Goals Has Benzema Scored From The Penalty Spot?

As with direct free kicks, Karim Benzema has seldom been tasked with being the designated penalty taker for his teams. In his career with Madrid, he got to shoot those that Sergio Ramos or Cristiano Ronaldo gave them, but since both players left the club, it is Benzema who is in charge of taking penalties in Madrid.

For this reason, it is normal that these statistics may increase in this season in which stopped ball has much more prominence. In total, Benzema has scored 17 goals from eleven meters throughout his career, 4 of them with Olympique Lyonnais and 13 with Real Madrid.

How Many Goal Passes / Assists Has Karim Benzema Given?

Karim Benzema is a striker who has managed to stand out not only for the large number of goals he has scored throughout his career. But also because of the incredible game-building aspect that the Frenchman has unfolded.

What if you look up “full forward” in the dictionary? A photo of Karim Benzema, his excellent scoring statistics that we have already highlighted and his total sum of assists throughout his career :

How Many Times Have Benzema Scored Three Or More Goals In His Career?

Karim Benzema is not a forward who stands out for scoring an enormous number of goals for every game. He is usually a creation-focused forward, but during his career he has had the opportunity to score three or more goals in up to nine chances:

What Is Benzema Record For Goals In A Match?

The only game in which Karim Benzema has scored more than three goals occurred in his early stages, in a friendly match for the French under-18 team in which he was in charge of scoring the four goals of the 4-1 win against the Slovakia U18. This happened in 2005, so there are no video records that we can highlight in this section.

On a professional level, Benzema has scored up to 8 hat-tricks, divided between one of them in his career with Lyon and the rest with Real Madrid. The most recent of them occurred in September 2021 against Celta de Vigo at the Santiago BernabÃ©u:

What Is Benzema Record For Goals In A Season?

Since his debut with Olympique de Lyon, Karim Benzema has had excellent seasons with both the French club and Real Madrid. However, all his scoring potential and his highest numbers have been given wearing the white jersey.

With Lyon, his highest scoring season was 2007/2008, the year in which he scored 31 goals in total, this being his second season with the most goals in his entire career.

What Are The Individual Awards That Benzema Has Won?

Karim Benzema has always been a striker who does not have the necessary media spots to be considered for big individual events. For this reason, a large part of his individual record is summarized in trophies for being the best player in France, being the top scorer in Ligue 1, and similar trophies.

Despite being consistently on the Ballon d’Or lists in recent years, “El Gato” has never finished a season that makes him the leading candidate to win the Ballon d’Or, until now. Benzema, driven by Real Madrid’s media machinery, statements by former players and teammates and by his current excellent level, is one of the candidates to win the 2021 Ballon d’Or.